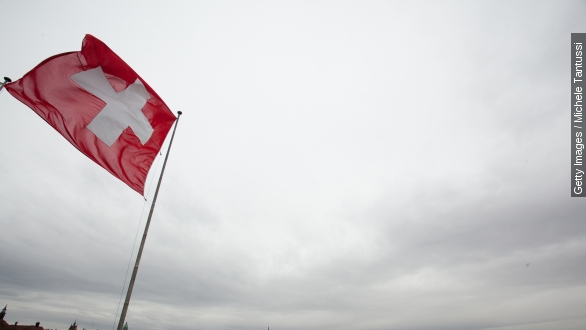 The World Happiness Report's newest list of the most joyous countries on Earth was released Thursday, and Europe crowded the top of the list.

The third World Happiness Report came out Thursday, providing further evidence that we all need to move to northern Europe as soon as possible.

According to the U.N.-backed Sustainable Development Solutions Network, Switzerland is the happiest country on Earth, taking the top spot from former reigning paradise Denmark. Scandinavian countries occupy spots two through four on the list, with Canada edging out Finland at No. 5.

The top five happiest countries have reshuffled since last year, but there's still a lot of familiar nations at the top, and the study's authors note "the differences between them are not statistically significant."

So what makes a country happy, and why is it important to measure this stuff anyway?

The report draws data from the 2012-2014 Gallup World Polls, which asked people from over 150 countries how they rated their quality of life on a scale from 1-10.

Case in point: Qatar came in 28th place in the happiness report, despite having the world's highest GDP per capita, according to the International Monetary Fund.

This video includes images from Getty Images and Aotearoa / CC BY SA 3.0 and music from Marco Trovatello / CC BY NC 3.0.