Evan Lysacek Will Not Compete in Sochi, Out With Hip Injury 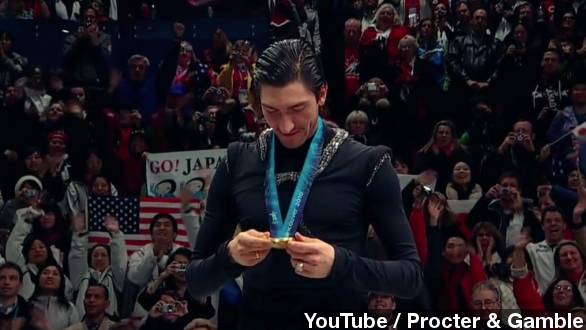 The 28-year-old announced Tuesday he's hanging up his skates and will not defend his title in the Sochi games. It's because of a serious hip injury. Lysacek spoke with Matt Lauer on the Today Show about his decision.

"It's very difficult for me to say that, but my road to Sochi ends here .. I had an accident on the ice and I suffered a labrum tear in my left hip … I was back on the ice in October, doing light training, but as the training intensified, so did the pain and it's become, in recent weeks, unmanageable." (Via NBC)

Lysacek explained if he continued to push training with a torn labrum, he could risk permanent damage.

The Naperville, Illinois native has suffered a series of setbacks and injuries since winning the Olympic gold medal in 2010.

Following those games, Lysacek took a year off from skating to compete on Dancing With the Stars.

During the 2011 season, a contractual dispute with the U.S. figure skating association kept Lysacek voluntarily out of competition.

Then, looking for a comeback in 2012, he hurt his groin and underwent intense hernia surgery.

The figure skater joins a list of athletes suffering pre-Olympic injuries, including Women’s Downhill Champion Lindsey Vonn.  She’s currently training again after a nasty knee injury in February and straining the same knee again in November.  She remains optimistic about her chances to compete in Sochi.

Lysacek was the first U.S. man to win the Olympic title since Brian Boitano skated for gold in 1988.  With the defending gold medalist out, Team USA’s up-and-coming stars like Max Aaron, Jason Brown and Adam Rippon will have a shot at the top.