Why It's So Hard To Get Everyone Access To Clean Water 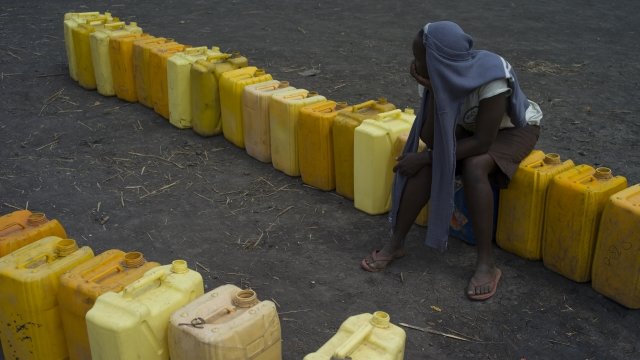 The United Nations' goals for 2030 look like they could come up short.

Every day, this 13-year-old sets out on a journey: to collect water. And she spends eight hours doing it.

Aysha is just one example of the 2.1 billion people who aren't able to get safe drinking water where they live.

"Safe" is the key word. The World Health Organization says billions more people now have drinking water and sanitation services nearby compared with a decade ago, but they're not necessarily free of contamination.

About 90 percent of people in Lagos rely on borehole-wells or water from local vendors.

That matters because drinking contaminated water can put children at risk. Diarrhea, for example, kills over 360,000 kids each year.

There are various international efforts to help more people get clean water or sanitation. The United Nations put a universal coverage target for 2030.

But a recent report acknowledges that the progress 90 countries have been making is too slow to meet that goal.

And other barriers exist, including lack of data, conflict and inequality in rural and urban environments.