Everyone Liked The New 'Star Wars' Movie — Except George Lucas 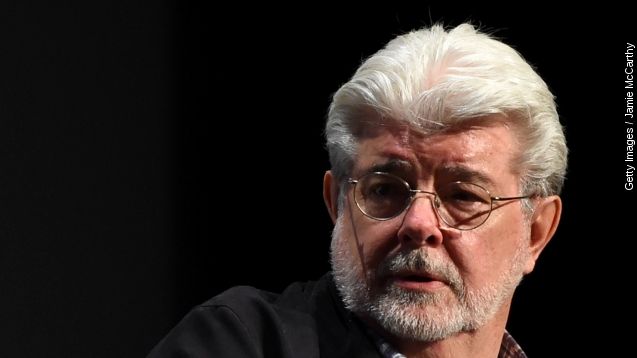 George Lucas bashed the new "Star Wars" movie, saying it didn't offer any new ideas to the franchise, and he referred to Disney as "white slavers."

With more than a billion dollars in ticket sales and a 94 percent fresh rating on Rotten Tomatoes, it seems like just about everybody is happy with "Star Wars'" seventh installment. Except for George Lucas. (Video via Walt Disney Studios Motion Pictures)

Star Wars’ original creator sat down with Charlie Rose and had a few choice words for the franchise’s new owners at Disney and how they treated what he referred to as "his children."

"I loved them. I created them. I’m very intimately involved in them," Lucas said.

"And you sold them?" Rose asked.

"I sold them to the white slavers that take these things ... (laughs)," Lucas said.

Calling Disney "slavers" seems pretty harsh, especially considering the company forked over $4 billion for Lucasfilm and all of its properties, including that galaxy far, far away.

Lucas later apologized for what he called a "very inappropriate analogy" and told Variety in a statement, "Disney is doing an incredible job of taking care of and expanding the franchise."

But during the interview, he wasn’t nearly as positive about the film’s creative addition to the franchise. He said "The Force Awakens" is more of a retro movie and accused it of not having any new ideas, which isn't entirely unfair. (Video via Walt Disney Studios Motion Pictures)

No spoilers, but the movie does hit a lot of the same plot points as previous "Star Wars" films. Although, maybe new ideas aren't always for the best.