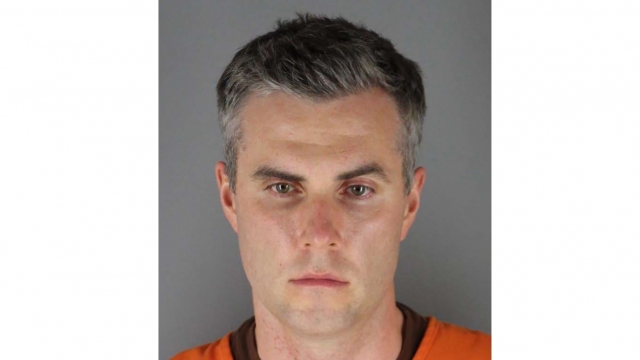 Lane is one of three former Minneapolis officers convicted in February of violating George Floyd's civil rights by depriving him of medical care.

Former Minneapolis police Officer Thomas Lane has been sentenced to 2 1/2 years in prison on a federal civil rights charge for his role in the killing of George Floyd.

U.S. District Judge Paul Magnuson sentenced Lane on Thursday for his February conviction of depriving Floyd of medical care as he lay dying under Officer Derek Chauvin's knee in May 2020.

Lane, who has been free on bond, didn't speak at the hearing. Magnuson ordered him to surrender to U.S. Marshals on Oct. 4.

The killing of Floyd, who was Black, sparked protests in Minneapolis and around the world over racial injustice in policing, and launched a national reckoning on race.

Lane, who is white, held Floyd's legs as Chauvin pinned Floyd for nearly 9 1/2 minutes. Two other officers, J. Alexander Kueng and Tou Thao, were also convicted of violating Floyd's civil rights and will be sentenced later.

Federal prosecutors had asked for a sentence of up to 6 1/2 years, in line with federal guidelines. Lane's attorney asked for a little over two years, arguing that Lane was the least culpable of the officers in part because he had asked his colleagues twice whether Floyd should be turned on his side.