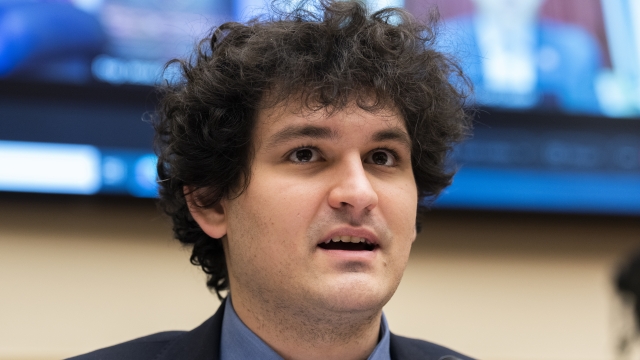 "I didn't ever want to commit fraud," Sam Bankman-Fried said amid accusations he used investors' assets in FTX to place bets in the market.

The former CEO of the failed cryptocurrency exchange FTX said Wednesday that he did not "knowingly" misuse customers' funds, and said he believes his millions of angry customers will eventually be made whole.

The comments from Sam Bankman-Fried came during an interview with Andrew Ross Sorkin at a conference put on by The New York Times. Bankman-Fried has done a handful of media interviews since FTX collapsed in mid-November, but Wednesday's was his first video interview since it filed for bankruptcy protection on Nov. 11.

“I didn’t ever want to commit fraud on anyone. I was shocked at what happened this month,” Bankman-Fried said.

Analytics firm Elliptic estimates $477 million was missing from the exchange.

FTX failed in the cryptocurrency version of a bank run, when customers tried to withdraw their assets all at once because of growing doubts about the financial strength of the company and its affiliated trading arm, Alameda Research. Since its collapse, FTX's new management has called the cryptocurrency exchange's management a “complete failure of corporate controls.”

Bankman-Fried said that he took responsibility for FTX's collapse and said he failed to grasp the amount of risk FTX and Alameda were taking on across both businesses. One of the accusations made against Bankman-Fried is that he arranged for Alameda to use customers' assets in FTX to place bets in the market. Bankman-Fried told Sorkin he did not “knowingly” co-mingle customers' assets with Alameda.

Exchanges like FTX are supposed to segregate customers' deposits from any bets they place in the markets. Other financial companies have gotten into legal hot water for misusing customers deposits, one example being MF Global roughly 10 years ago.

“Whatever happened, why it happened, I had a duty to our stakeholders, our customers, our investors, the regulators of the world, to do right by them,” Bankman-Fried said.

As the cryptocurrency collapse continues, empires with billion-dollar values are continuing to topple thanks to a lack of oversight.

Sorkin pushed Bankman-Fried on how and when investors will get their money back, to which Bankman-Fried said he largely believed the U.S. affiliate of FTX was entirely solvent and could start processing withdrawals at once. As for the rest of FTX, which was significantly larger than the U.S. division, he said the fate of customers' funds were largely out of his control at this point.

Bankman-Fried, who was once one of the richest people in the world on paper, now says he likely has less than $100,000 to his name after FTX's failure. He's getting by on one credit card while still in the Bahamas.