U.S. Leaving Afghanistan: 'We Will Rue The Day,' Say Ex-Officials 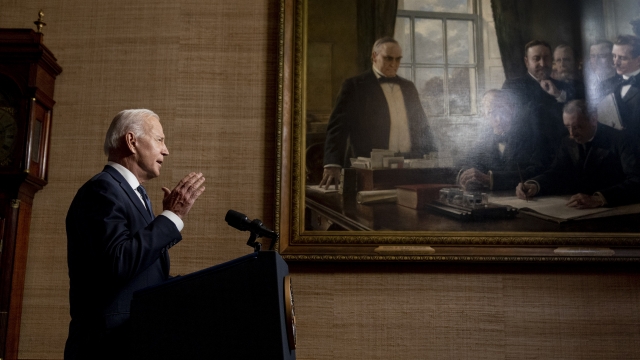 The departure of troops means the U.S. will struggle to collect human intelligence, and the Taliban and Al-Qaeda stand to benefit.

... come fears for what happens next. Even the new CIA director warns senators:

"When the time comes for the U.S. military to withdraw, the U.S. government's ability to collect and act on threats will diminish. That’s simply fact," testified Amb. William Burns, Director of the CIA.

"We will rue the day when we made this decision. I think that the loss, politically and diplomatically and intelligence-wise, is incalculable," says Carl Ford.

He ran the State Department’s intelligence unit when the U.S. invasion began in 2001. He tells Newsy officers started out wrong -- not truly understanding the bottom-up power structure of Afghanistan. And that our departure 20 years later will give terrorists "free rein" to prepare operations against the region and the U.S.

"Al-Qaeda and other terrorist groups, I guarantee you, will take advantage of our absence from Afghanistan," Ford says.

Some support the withdrawal like former Director of the Defense Intelligence Agency Vince Stewart, who was a member of the Biden transition team. Still he worries the Afghan government could collapse to the Taliban.

The U.S. also loses an important base for intelligence collection -- not just on Afghanistan, but the region: Pakistan, Russia and Turkey.

About 2,500 U.S. troops are stationed in Afghanistan, and the president says more than 2,200 have died in the last 20 years. Some troops are likely to remain, out of the U.S. Embassy in Kabul.

"There probably will be some minimal forces," says Stewart. "If that's the case, I hope it is absolutely the minimal, because you're now increasing target opportunities with a smaller force footprint."

A Taliban spokesperson said after President Biden’s announcement that if a previous agreement to pull out by May 1 isn’t met, “problems will certainly be compounded.”

And though the administration says it will continue to support the Afghan people, for now, a hope of turning the country into a stable democracy and partner in the Middle East leaves with U.S. and NATO troops.