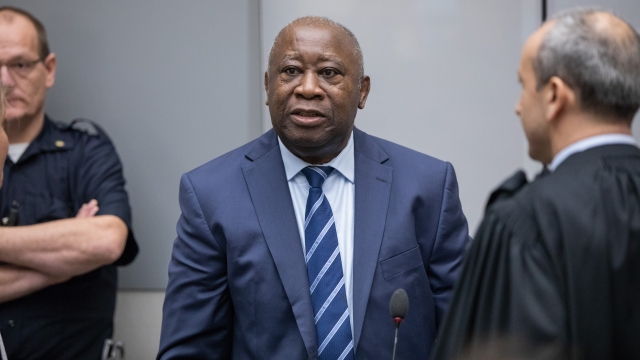 The ICC decided to drop all charges against ex-Ivory Coast President Laurent Gbagbo and his former youth minister.

The first former head of state to stand trial before the International Criminal Court has been acquitted.

On Tuesday, the ICC decided to drop all charges against ex-Ivory Coast President Laurent Gbagbo and his former youth minister.

Gbagbo had been accused of crimes against humanity in connection with the violence that wreaked havoc on the West African country after the 2010 election.

Thousands of people were killed in clashes after Gbagbo refused to accept that he lost the election to current Ivory Coast President Alassane Ouattara.

But the ICC said prosecutors failed to prove that Gbagbo was responsible for the alleged crimes and ordered his immediate release.

Prosecutors can appeal once the court's full decision is filed.