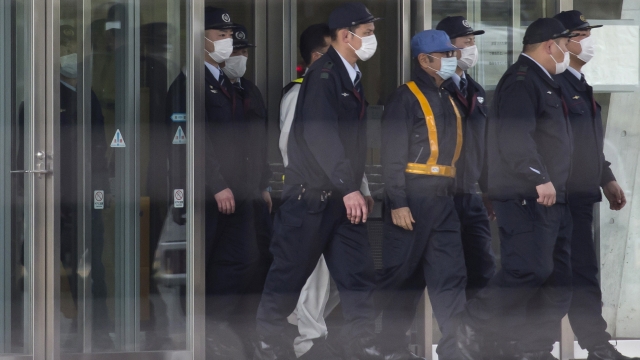 Former Nissan chairman and Renault CEO Carlos Ghosn was released on bail Wednesday after spending 108 days in a Japanese jail.

The auto executive had been in jail since he was arrested in November for allegedly underreporting his income by more than $44 million over a five-year period. Since then, Japanese authorities have charged Ghosn with two counts of underreporting his income and as well as breach of trust. Nissan, Mitsubishi Motors and Renault removed Ghosn from leadership positions. He has denied any wrongdoing.

According to Ghosn's lawyers, much of his time in jail was spent in solitary confinement. They said this week the conditions were "dehumanizing" and they've submitted a report to the United Nations. Ghosn was released after paying an almost $9 million bail — one of the largest in Japanese history.

Ghosn will now be monitored as he awaits trial, and he can't leave the country. Nissan is expected to completely remove Ghosn from its board in April.