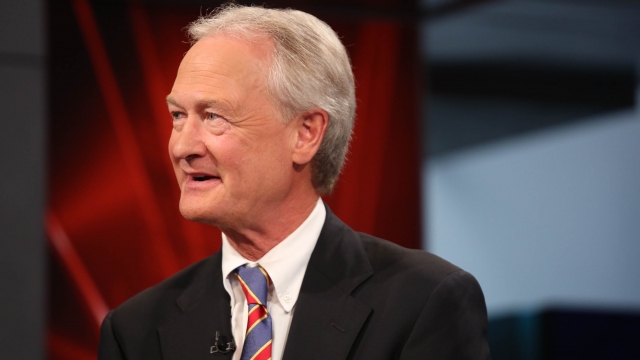 The former Rhode Island senator and governor registered his campaign with the Federal Election Commission on Sunday.

Former Rhode Island senator and governor Lincoln Chafee has filed to run for the presidency as a Libertarian.

Chafee registered his campaign with the Federal Election Commission on Sunday. The filing also links to a fundraising website that features such slogans as "Lincoln Leads With Truth" and "Thirty Years, Zero Scandals." According to the Providence Journal, Chafee will formally announce his candidacy on Wednesday.

Chafee began his political career as a Republican: He was appointed to his late father's U.S. Senate seat in 1999 before getting elected for the position a year later. He lost his Senate seat in 2006, but he was elected governor of Rhode Island in 2010 as an independent. Chafee joined the Democratic Party in 2013 and sought the party's presidential nomination in 2015. He participated in the first Democratic debate but ended up dropping out shortly after due to low polling numbers.