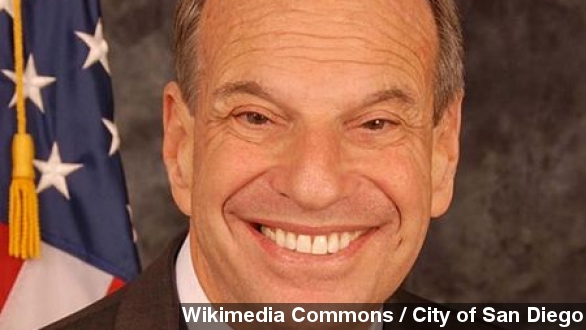 The former mayor was sentenced to three months of house arrest and three years probation.

Filner, who faced multiple charges connected to sexual harassment, will serve 90 days of house arrest, three years of probation, and pay a series of fines costing about $1,500 total as part of a plea deal. (Via CNN)

Filner pleaded guilty to one felony charge of false imprisonment and two misdemeanors of battery months ago after multiple women accused him of sexual misconduct. He resigned as mayor of San Diego in August. (Via KXTV)

In a statement at the sentencing Monday, Filner apologized to his family, staff and the residents of San Diego, and said he wants to put the matter behind him.

"Certainly the behaviors before this court today will never be repeated ... I will come out of this a better person and look forward to making further contributions to the city I love." (Via KNSD)

But Gloria Allred, an attorney for one of the accusers, blasted the court's decision, saying Filner got off easy.

"Though some may feel that Filner has paid the price for his betrayal of the public trust, I think he is one lucky man."

Seventy-one-year-old Filner was accused of harassing women on several occasions, ranging from accusations he put one woman in a headlock, kissed one against her will, and grabbed the butt of another. (Via Los Angeles Times)

If Filner violates his probation, he faces up to a year in prison. He's not eligible to run for public office during the stint of his probation.