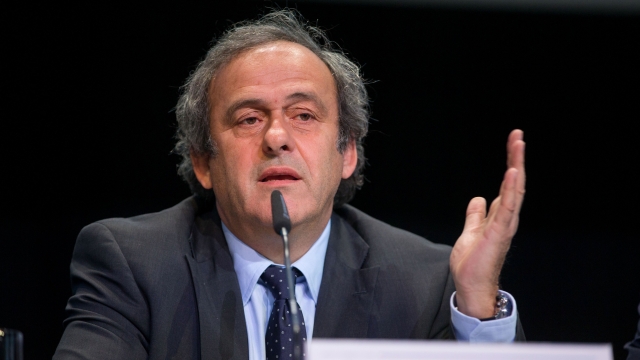 The former head of the Union of European Football Associations, Michel Platini, had not been charged with a crime as of Tuesday.

French authorities took Michel Platini, the former president of the Union of European Football Associations, into custody for questioning on Tuesday. It's part of an investigation into why the 2022 World Cup was awarded to Qatar.

He led European soccer's governing body from 2007 to 2015. But FIFA temporarily banned Platini from working in or around the sport in 2015 after he accepted a $2 million payment from FIFA's former president, violating the group's ethics rules.

FIFA opened an internal investigation in 2014 to see if bribes had been involved in the 2018 and 2022 World Cup bidding processes. Qatar was awarded hosting privileges for the 2022 tournament, and that decision's been under scrutiny ever since due to questions about potential money laundering. Qatar is small and has less infrastructure than several countries it beat out.

In 2015, the U.S. Justice Department charged 14 people, including nine FIFA officials, with corruption, though its indictment did not specifically mention Qatar.

FIFA's investigation cleared Qatar of the corruption allegations against it. But French authorities' interest in Platini could mean the matter of why Qatar was chosen to host in 2022 is far from settled.