Intelligence On Foreign Interference Gets Politicized And Withheld 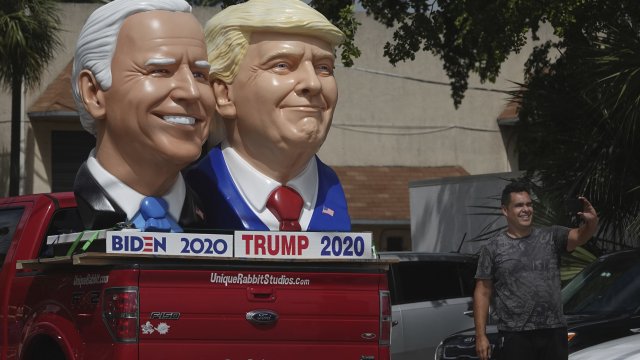 "It would appear to be that there is information that's being withheld from either the American people or perhaps even withheld from inside elements of the government... either to help Trump or to not upset Trump," says Larry Pfeiffer, director of the Hayden Center.

He was the chief of staff at the Central Intelligence Agency under President George W. Bush, and the senior director of the White House Situation Room under President Barack Obama.

He spoke with Newsy after the nation’s top intelligence official announced his office would stop in-person briefings to Congress on election threats.

"I’m going to continue to keep Congress informed but we’ve had a pandemic of information being leaked out of the intelligence community and I’m going to take the measures to make sure that that stops," says John Ratcliffe, Director of National Intelligence.

Among the latest intelligence leaks to media, bulletins from the Department of Homeland Security sounding alarm bells that Russia is looking to sow mistrust over mail-in voting and to denigrate the mental health of Democratic nominee Joe Biden. The Trump administration says leaks jeopardize sources and methods, and a Homeland Security spokesperson says one assessment was delayed because of “quality concerns.” But the leaks can also tell a larger story.

"When people have grave concerns about the direction of the country, they will often use intelligence to leak to their advantage," says Pfeiffer. "The more leaking there is, the more we as a country should worry that there's something wrong with what's happening in our country."

President Trump has been wary to acknowledge that Russia interfered in the 2016 election. Renee DiResta, who testified before the Senate Intelligence Committee on disinformation, explains why.

"Regardless of whether or not the collusion did, the interference happened. But I think that that conflation, particularly for the president who felt that even the interference potentially de-legitimized his election in the minds of certain people, it was very hard for that to be separated out," says DiResta.

A slew of firings and resignations inside the intelligence and diplomacy community — some linked to Russian matters — worries scholars like Sarah-Jane Corke, president of the North American Society for Intelligence History.

"I don't think we have ever seen anything the likes of which we have over the last three and a half years," Corke says.

The White House National Security Council declined to comment. A spokesperson says it “has convened dozens of interagency meetings on securing the 2020 elections in the past year alone.”

"Malign foreign influence on the U.S. ecosystem is huge. And that's coming from Iran, China and Russia," Evanina says.

"As a historian, I'm very cognizant that what we hear right now is sort of the tip of the iceberg, that it will take, you know, 20, 30, 40, 50 years before the full extent of either Russian subversion or what the intelligence community was doing actually comes out," says Corke.