Experts Predict What The World Will Look Like In 2050 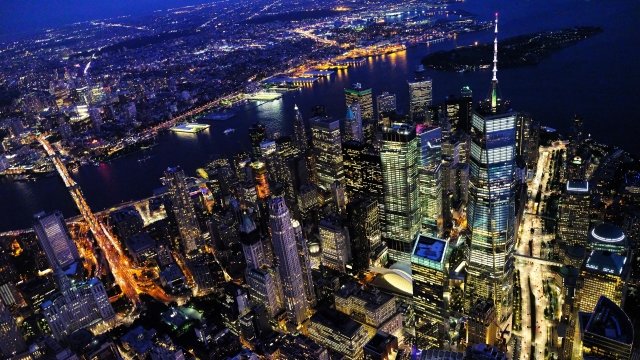 Although 2050 is still a ways away, researchers are predicting what the "future" might look like — from the wacky to the alarming.

Our world might look physically different, especially if the effects of climate change match what current models predict. Sea levels are expected to rise about 1 to 2 feet along the U.S. coast, while some coral reefs might die off if bleaching episodes get worse. On land, we might have to deal with more frequent, larger wildfires.

As more people live longer, the global population is set to hit 9.8 billion by 2050. And more people are expected to use more natural resources. One group predicts we'll use over 110 billion tons more by mid-century, about a 70 percent increase.

There could be $100 trillion in lost economic output if nothing is done to stay ahead of antibiotic-resistant pathogens.

But all those people might end up living most of their lives in a simulated world. Futurist Ian Pearson told Business Insider technological advances might allow us to plug our brains into computers and live in a virtual reality. We might also add a layer of digital intelligence to our brain — something Tesla CEO Elon Musk is already looking into.

Other advances might also revolutionize things like space travel and cars. Some researchers predict most vehicles on the road will be capable of autonomous driving and will run on anything from solar power to pressurized air.

But all these predictions are just that — predictions. We didn't get flying cars by 2000, and we might not get them by 2050.