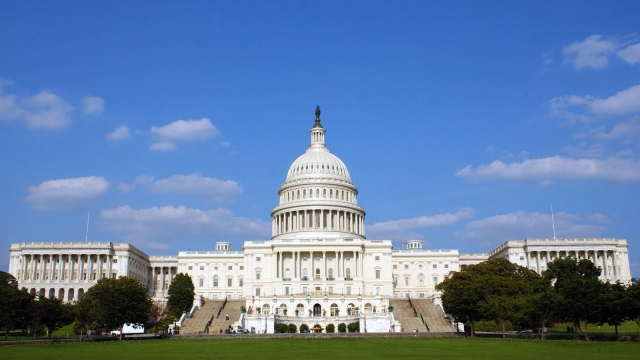 Experts warned the Senate of increased health spending, slow wage growth and a greater budget deficit if the so-called Cadillac tax is repealed.

A week after the House voted to eliminate the so-called "Cadillac Tax," experts are urging lawmakers to not eliminate the tax. Without the tax or an adequate replacement, they say the U.S. can expect increased health spending, slow wage growth and a greater budget deficit.

The Cadillac tax was part of the Affordable Care Act. It was meant to help offset some of the costs of Obamacare by imposing a 40% tax on high-cost employer-provided health plans. But it was widely unpopular with unions, big companies and health care providers, among others. It never became effective because Congress voted to delay it — twice. And now, if the Senate sides with the House on a repeal bill, it could be eliminated before even taking effect.

On Monday, 98 health and economic policy experts wrote a letter about the tax to Sens. Mitch McConnell and Chuck Schumer. It says experts of different political backgrounds agree that excluding employer-backed health insurance from income and payroll taxes is "inflationary, inefficient and regressive." And it cites the Cadillac tax as the solution to those issues.

The letter names three reasons that the Cadillac Tax would help consumers:

1. It would slow the growth of private health insurance premiums by encouraging employers to keep the costs of their plans below the Cadillac tax threshold.

3. Cash wages or other fringe benefits would increase, since some employers would redesign their health plans to keep them under the tax threshold.

The experts also warned that if the Cadillac tax is repealed, it would add an estimated $197 billion directly to the federal budget deficit over 10 years.

They said they know there are other ways to restrict "the open-ended health insurance tax break." But they still "unite in urging Congress to take no action to weaken, delay, or reduce the Cadillac tax" unless it enacts a replacement "that would more effectively curtail cost growth."

The Senate has its own version of a bill repealing the Cadillac tax with over 40 co-sponsors. It's not yet clear when it will come up for a vote.