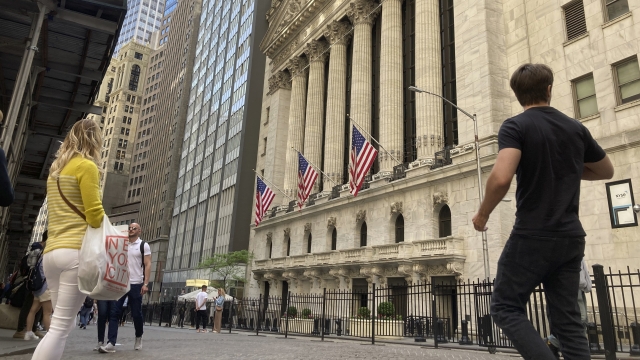 The country's financial leaders acknowledge that navigating to a stable exit from our current turmoil will be tough.

There are fears of a global recession as stock prices tumble and inflation soars.

"There are some signs that the economy could be slowing in the next little while. One of the things that we did see was, at the national level, GDP contracted," Zions Bank Senior Economist Robert Spendlove said.

Another quarter of shrinking gross domestic product and we'd technically be in a recession.

A recession means a drop in the overall economy, less spending and usually less jobs.

Right now, the Federal Reserve is left with no choice but to hike interest rates and battle rising prices.

And the war in Ukraine is sparking market instability that leaves many experts with a common conclusion.

"I wouldn't be surprised if we went into recessionary period," Brokers International CEO Mark Williams said.

But not all of them agree. After all, the U.S. and U.K. labor markets are strong.

Domestically, there are two jobs open for everyone looking and stimulus money and pandemic-era saving means many families have strong cash reserves.

"At the same time, household balance sheets are very strong, the strongest they've been in many generations," said Phil Dean with the Kem C. Gardner Policy Institute. "Along with the bad news, there's good news out there and that's why I am not confident that 100% there's going to be a recession."

And price increases on things like rent could see a correction.

If property owners increase rent too much, they could end up with too many empty homes.

But the country's financial leaders acknowledge navigating to a stable exit from our current turmoil will be tough.

"I'm not doom and gloom, but I think we're in a period of time out where we haven't seen it a number of years," Williams said.

Treasury Secretary Janet Yellen says the solution will require both skill and luck.

"A lot of the situation that we're in right now was created by all the money coming into the economy, whether it was the Cares Act or the unemployment benefits or the direct payments to families," Spendlove said.

And in the meantime, it's average consumers who will be left with the stressful uncertainty.

"What's really important for people to do? Pay off that high interest debt, try to get out of some of those revolving credit cards or things like that," Spendlove said.