What We Know About Hunter Biden's Business Deal In China 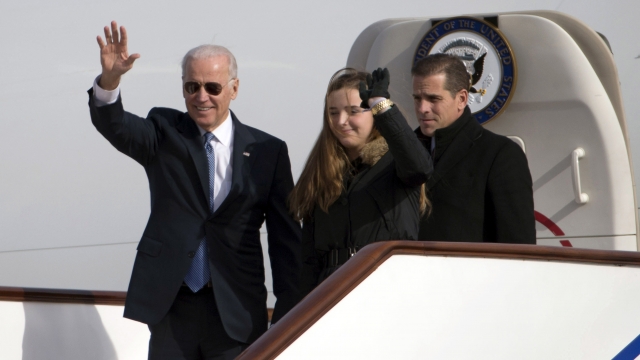 In December 2013, then-Vice President Joe Biden went on a six-day trip through Asia, accompanied by Hunter and Finnegan Biden.

President Donald Trump is continuing his attacks on Joe Biden and his son, and now the president says they were involved in corrupt dealings with China.

So let's dig into what we do know about the Bidens, China and their business dealings.

In December 2013, then-Vice President Joe Biden went on a six-day trip through Asia, including a stop in China. He was accompanied by his son Hunter Biden and his granddaughter Finnegan Biden.

Less than two weeks after that trip, BHR Partners was launched, a private equity firm funded in part by Chinese banks. Hunter Biden was an unpaid board member.

President Trump and his allies have alleged that that business deal put $1.5 billion in Hunter Biden's pocket. But the former vice president's son didn't have a financial stake in the company until after his father was out of office. It's also worth noting that negotiations for BHR started months before that December trip to China, something Hunter Biden's attorney confirmed to our partners at Politifact.