Explaining The Reemergence Of Antisemitism 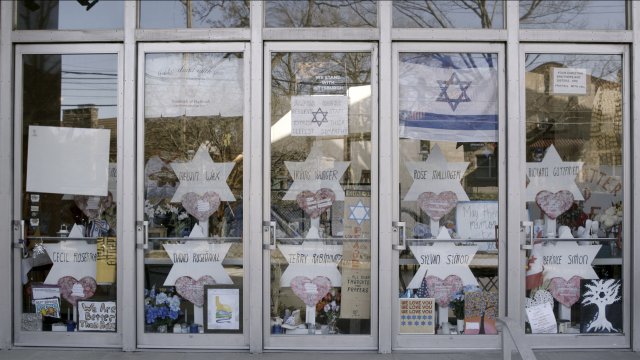 Findings show that antisemitic hate incidents have reached their highest levels in over 40 years.

The Tree of Life Synagogue shooting happened four years ago. It remains the worst single act of violence against Jews in America. And since that Fall day in 2018, findings show that antisemitic hate incidents have reached their highest levels in over 40 years.

In this segment, The Why traces the history of antisemitic hate and the tools and methods that contribute to its spread, and explores the communities that are coming together to counter antisemitism in all its forms.

How Mass Shootings Have Rattled The American Jewish Community

Many recent mass shootings have largely hit Jewish communities, and now the communities have had to come to grips with tragedy.