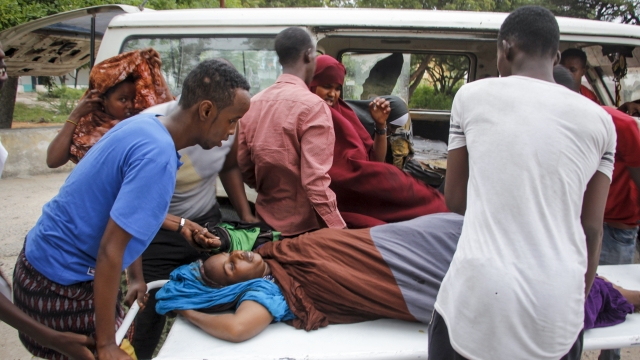 At least 15 people died Sunday in a nearly five-hour attack by extremists on a hotel in Somalia's capital.

Officials say it started with a car bomb blowing open the security gates at Mogadishu's Elite Hotel, which is a new establishment popular with the city's young people. Rebels then ran inside and took hostages at gunpoint.

Security forces eventually ended the siege, killing all four attackers and rescuing dozens of people trapped inside the hotel.

This marks the end of a lull in violence for Somalia, which experienced a spate of bombings earlier this year, but had since been pretty quiet.

Somalia's homegrown extremists, Al-Shabab, have claimed responsibility for the attack.