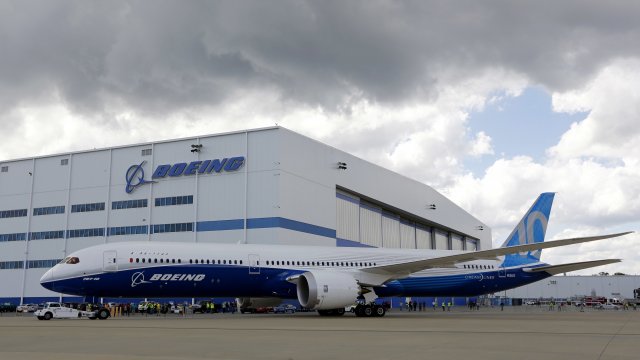 The proposed penalty involves work at a South Carolina factory between 2017 and 2019.

The Federal Aviation Administration has proposed hitting Boeing with a $1.25 million fine over how the company handled employees doing safety-related work for the government at a South Carolina factory between 2017 and 2019.

It says Boeing managers pressured employees to inspect a plane before it was ready, harassing inspectors to speed up and threatening to replace them.

It also said the company retaliated against a safety-unit manager for complaining about undue pressure. The FAA sent an enforcement letter to Boeing on Wednesday.

Boeing said it investigated the allegations, reported them to the FAA and took corrective action.

The FAA has relied on aircraft manufacturers' employees for some safety-related work over the years because it saves the government money. But critics in Congress say that's basically self-regulation. So they're considering changes to the process.

Boeing has 30 days to respond to the FAA. Companies often negotiate reduced or eliminated fines in these types of cases.