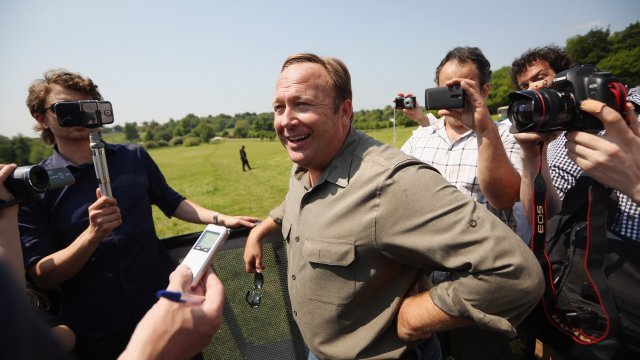 The conservative pundit and conspiracy theorist confirmed the bans on Twitter.

Facebook took down four pages linked to InfoWars and its host, Alex Jones.

Facebook said it uses a strike system to track posts that warrant removal. If a person or page gets too many strikes, their accounts are temporarily blocked or permanently removed.

A good rule of thumb: At least Google a news story before you share it.

In the case of Jones, Facebook said users reported multiple posts from his pages, and it determined those posts violated its hate speech, bullying or graphic violence policies. So it took down the four pages and also suspended Jones' personal profile from Facebook for 30 days.

Jones is a conservative pundit and conspiracy theorist who has falsely claimed the Sandy Hook elementary school shooting was a hoax.