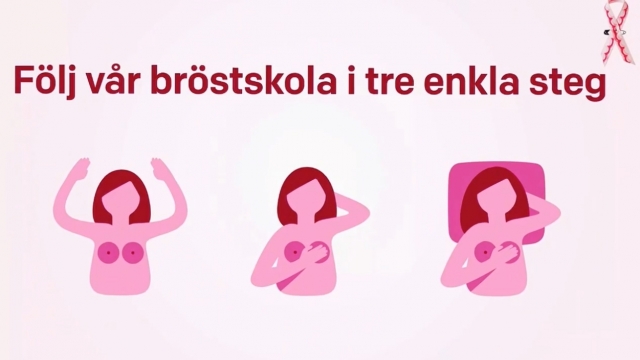 Facebook removed a Swedish breast cancer awareness ad, and the move did not go over well.

Facebook is once again apologizing for censoring content, and this time, it's for an animated video about breast cancer.

For breast cancer awareness month, Cancerfonden — a Swedish nonprofit that raises money to fight multiple types of cancer — published a video of cartoon women showing how to check for suspicious lumps.

But the awareness video was flagged as offensive and taken down. Cancerfonden tried to personally contact Facebook to reinstate it but apparently didn't have much luck.

So the nonprofit wrote an open letter explaining why the content shouldn't be censored. It said the video was "not meant to offend" but that Facebook must recognize the importance of spreading the information.

SEE MORE: People Want Facebook To Have A Human Editor After Algorithm Missteps

The letter said Cancerfonden tried to meet Facebook's regulations for days, but nothing changed. So it decided to offer an alternative to the pink circles and said, "We have now come up with a solution that will hopefully make you happy: Two pink squares!"

Facebook hasn't had the best track record with censorship in recent months. In September, Norwegian author Tom Egeland posted the famous black-and-white "Napalm Girl" photo that showed a young girl running naked down a street in Vietnam. But Facebook took it down. The company received a ton of backlash, so it apologized and reinstated the image.

Facebook's policies on showing breasts has been a sort of battleground for advocates. The site's community standards say images of female breasts — if they include the nipple — will be restricted. But photos of women breast-feeding are allowed, as well as breasts with post-mastectomy scarring.

The company apologized for the misstep. Facebook said in a statement its editors go through millions of advertising images a week and said the ads would be uncensored.