Facebook And Google Campuses Are Idyllic — But At What Cost? 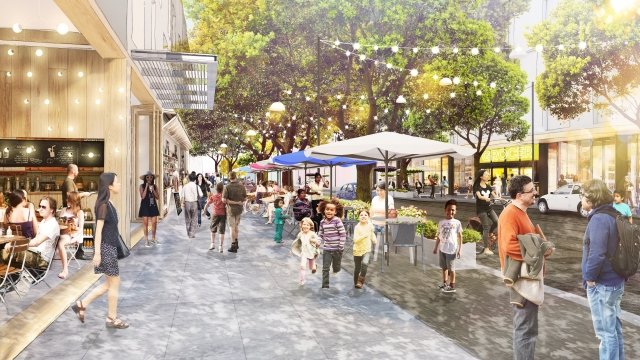 Facebook announced its plans for a new campus, but critics say these company communities can be too insular for their own good.

Facebook is planning to build a fancy new campus — and like all big tech campuses, it's going to be a doozy.

Based in Menlo Park, California — across the street from its current headquarters — the "Willow Campus" will include on-site retail stores, restaurants, gardens and patios. Along with those developments, Facebook also plans to build 1,500 units of housing.

Facebook didn't say how much the campus — or "mixed-use village" — will cost, but the initial investment hit $18.5 million last year.

Facebook's developments could rival the campuses of other tech giants such as Google and Apple. Based in Mountain View, Google's headquarters has similar on-site recreational facilities for its employees.

"It feels kinda like a playground," an intern said.

Apple's campus in Cupertino opened this April — six years after designs were presented by former CEO Steve Jobs. He said the building looked like a spaceship, but the circle design is meant to utilize a "pod structure" for different office functions, as well as integrate with the surrounding outdoors.

These tech communities are definitely appealing and convenient for employees, but critics worry these campuses could hurt company diversity and the surrounding area. Why? Because employees aren't encouraged to leave.

Experts told Wired these tech "bubbles" foster bias and discourage minorities or disenfranchised groups from applying to jobs. And the self-sustaining facilities fail to financially benefit surrounding towns and communities.

The seemingly-idyllic tech campus even served as the backdrop for recent thriller "The Circle."

Facebook's internal policies protect certain groups of people from hate speech, but not others. And subsets of protected groups are fair game.

Facebook hopes to combat these critiques and fears by integrating the Willow Campus with the Menlo Park community. Current plans will open up company facilities and retail outlets to locals, as well as encourage Facebook employees to actually leave the nest once in a while.