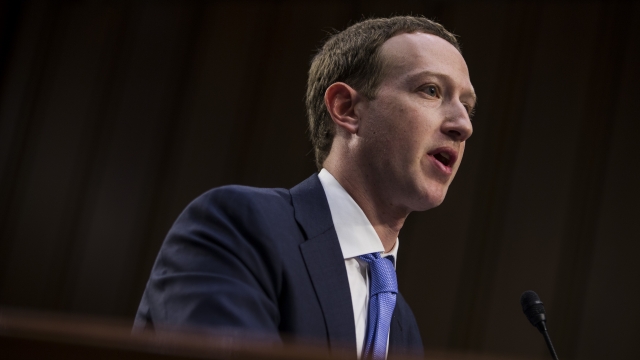 The FTC is still investigating Facebook and its privacy policies in connection with the Cambridge Analytica scandal.

Facebook is still battling an ongoing investigation by the Federal Trade Commission, which it says could impose a fine of up to $5 billion.

The FTC is investigating Facebook for potential privacy violations after the social media company shared data with outside developers without users' permission. The investigation started after a developer sold information to Cambridge Analytica.

It's still unclear how much the company might have to pay, but Facebook estimates a settlement could land anywhere between $3 billion and $5 billion.

In a report on its latest quarterly earnings, the company said it has $3 billion set aside for that purpose. It also said sales rose to $15.1 billion, exceeding a predicted $14.97 billion.

In the report, Facebook CEO Mark Zuckerberg said, "We are focused on building out our privacy-focused vision for the future of social networking, and working collaboratively to address important issues around the internet."

In March, Facebook announced plans to turn itself into a privacy-focused platform. It also said it wants to give users the ability to send messages securely between all of its platforms.