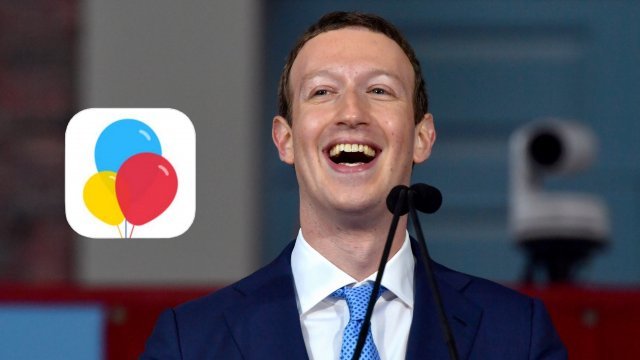 Facebook authorized a photo-sharing app released in China in May, according to The New York Times.

The New York Times reports Facebook was behind the May launch of a Chinese app called Colorful Balloons, which lets users share pictures on social media. The app looks eerily similar to the company's Moments app.

The app was released by a local company and doesn't carry any of Facebook's branding. But the Times says Facebook authorized it. The release of the app could give Facebook a better understanding of the social media habits of China's 700 million internet users.

But like a lot of U.S. companies, Facebook has had a hard time breaking through China's onerous digital censorship laws. The country recently started disrupting messages on Facebook-owned chat platform Whatsapp.

And local companies have already stepped in to fill the social media void. Even Colorful Balloons relies heavily on Chinese social platform WeChat to function.