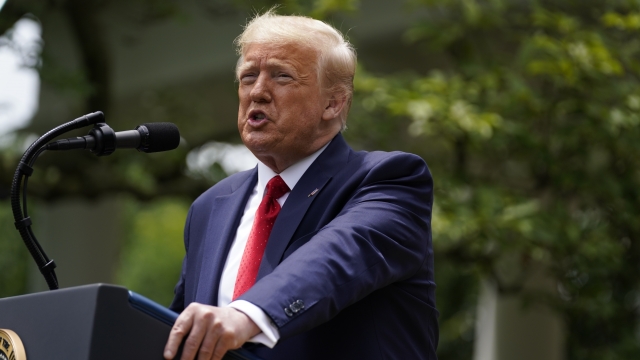 Facebook said the ads were taken down because they included imagery that violated its policy on organized hate.

The Anti-Defamation League said the symbol in the ads "is practically identical" to the Nazi symbol.

In a statement, the social media company said it removed these posts and ads because they violated its policy against organized hate. It said the policy "prohibits using a banned hate group's symbol to identify political prisoners without the context that condemns or discusses the symbol."

Trump campaign spokesperson Tim Murtaugh said in a statement: "The inverted red triangle is a symbol used by Antifa, so it was included in an ad about Antifa. We would note that Facebook still has an inverted red triangle emoji in use, which looks exactly the same, so it's curious that they would target only this ad."

It's important to note that the symbol is not commonly used by antifa.

Facebook has recently come under fire for not deleting posts by the president that Twitter said glorified violence and spread false information about mail-in ballots.

The Trump administration recently proposed rolling back certain legal protections for tech companies when it comes to content posted on their platforms.