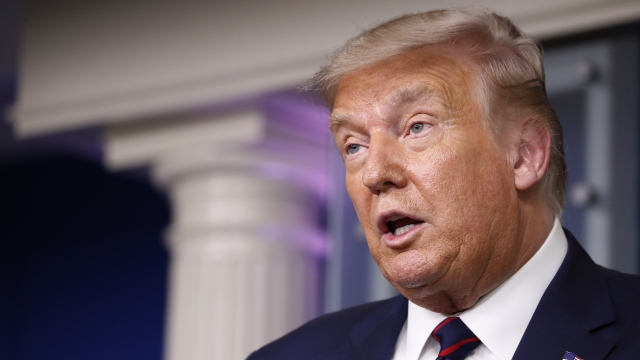 The move is in response to recommendations from the company's quasi-independent oversight board.

Facebook says it will suspend former President Donald Trump’s accounts for two years following its finding that he stoked violence ahead of the deadly Jan. 6 insurrection.

"At the end of this period, we will look to experts to assess whether the risk to public safety has receded. We will evaluate external factors, including instances of violence, restrictions on peaceful assembly and other markers of civil unrest," Nick Clegg, Facebook's vice president of global affairs, wrote in a blog post Friday.

The social media giant said on Friday that while it will still apply this "newsworthiness" exemption to certain posts it deems to be in the public interest even if they violate Facebook rules, it will no longer treat material posted by politicians any differently from what's posted by anyone else.

The move is in response to recommendations from the company's quasi-independent oversight board, which last month upheld a decision by Facebook to keep former President Donald Trump indefinitely suspended but said the company must decide what to do with his accounts within six months.