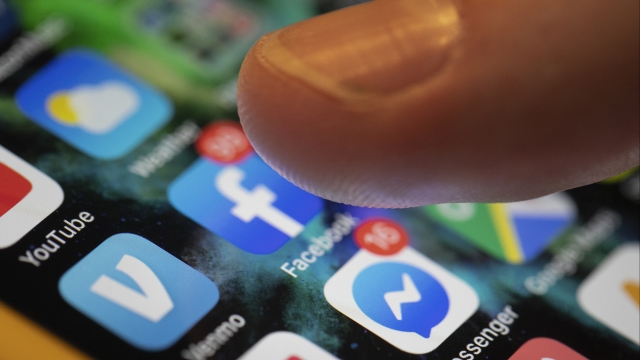 Facebook says its political ad ban is an effort to limit misinformation and "reduce opportunities for confusion and abuse."

With a little more than a week until election day, Facebook is rolling out a political ad ban that it says is an effort to limit misinformation and "reduce opportunities for confusion and abuse."

Facebook will also take down posts intended to intimidate voters, including those which use militarized language to call for people to engage in poll watching.

The ban has two parts. Facebook told Newsy that starting Tuesday, it will restrict ad buyers from creating new political or issue ads. They will be able to change who the ad is targeted to, as well as the budget. Ad buyers can continue to bid for ad space to run existing spots.

After polls close on Nov. 3, Facebook will then block all political and issue ads across all its platforms, including Instagram. Facebook told Newsy that the company doesn’t have a set date for ending the ban.

Experts tell Newsy that Facebook’s efforts should have some effect, but might be limited.

“I think the most likely scenario is that the efforts to stop misinformation may work to some extent, but they will not eliminate the problems they're aimed at," said Paul Barrett, deputy director of New York University's Stern Center for Business and Human Rights and author of the report "Who Moderates The Social Media Giants?" There's just too much for it for a company to manage and oversee, when you're talking about hundreds of millions of posts a day.”

Experts also tell Newsy that Facebook’s usual hands-off approach to divisive political content has made it harder for the platform to stamp out misinformation.

"They put themselves in a straightjacket by basically saying we're not arbiters of the truth, we're going to stay hands off on anything that's politically controversial," said Michael Posner, Director of the Stern Center for Business and Human Rights, New York University. "If you're in the straitjacket, how can you keep carving out these areas where you're going to take action, but pretending that the rest of it's OK?"

"Before this artificial clampdown comes, in some ways, it would have been cleaner and more specific for Facebook to say, look, these rules that we're going to impose apply all the time," Barrett said. "It's an invitation to political operatives with bad intentions to hurry up and get their nasty stuff done."

Barrett also stressed that, while Facebook may not eradicate every piece of bad content, the efforts are still worthwhile.

"Facebook is likely to do better than it did in 2016. But will it be able to stamp out all of the bad behavior that takes place on its site? I think almost certainly not," Barrett said.