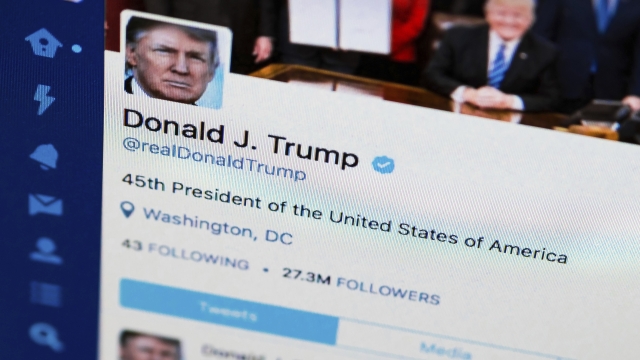 Twitter temporarily prevented the Trump campaign from tweeting after its account posted a video of the president saying children are "almost immune" to the coronavirus. Twitter says the post violated its rules on COVID-19 misinformation, but later confirmed that it had restored the account's privileges.

Nonetheless, the Trump campaign defended the president's words. On Thursday, the president said he was echoing remarks he'd heard from doctors, but didn't provide further details. Officials added that the removals were examples of Silicon Valley's alleged bias against President Trump.

Back in June, Twitter raised the ire of the president after it added warnings to his posts about anti-racism protests in Washington, D.C. And recently, it imposed restrictions on Donald Trump, Jr. after the president's son tweeted a video featuring false claims about the virus.

Facebook and Twitter have shown a greater willingness to restrict misinformation on their platforms, even if posted by the White House. In May, President Trump responded to the alleged "censorship" by issuing an executive order to remove liability protections for online platforms. The order is currently being considered by the FCC.