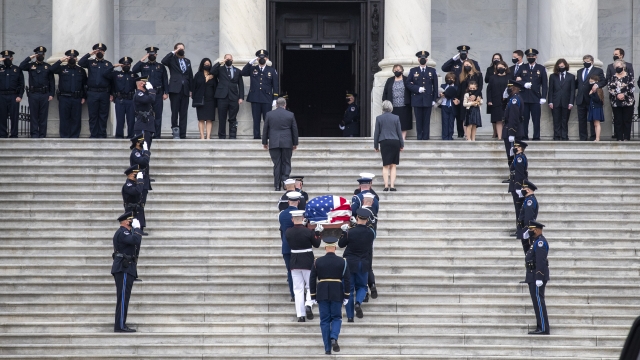 The 42-year-old was killed during a vehicle attack at the Capitol on April 2 after serving with the force for 18 years.

The 42-year-old was killed during a vehicle attack at the Capitol on April 2 after serving with the force for 18 years.

President Biden and other top congressional leaders honored Evans during a ceremony this morning.

The president talked about the pain of loss, speaking directly to the officer's family

"You're gonna make it by holding each other together," he said. "Most importantly, by holding Logan and Abigail as tightly as you can because as long as you have them, you have Billy."