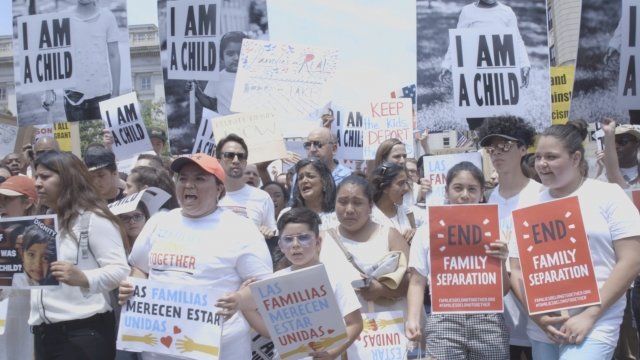 More than 30,000 people marched in Washington on Saturday to protest President Donald Trump's "zero tolerance" policy at the border, which has resulted in the separation of children from their parents. Protesters marched against U.S. immigration policies and the administration's travel ban, which they say are also keeping families apart.

Hundreds marched outside government buildings in Washington, D.C., on Thursday.