Family of American Held In N. Korea Pleads For His Release 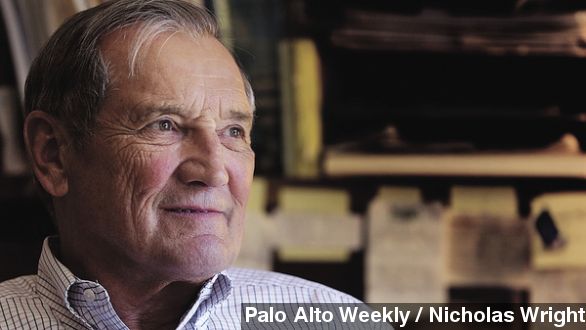 ​The State Department says North Korea has confirmed it's holding a U.S. citizen.

​The State Department says North Korea has confirmed it's holding a U.S. citizen, and his family is pleading for his release.

That's believed to be Korean War veteran and grandfather 85-year-old Merrill Newman. He was last seen on a plane to Beijing from Pyongyang on Oct. 26. His family says North Korean officials pulled him off the plane five minutes before takeoff. (Via Al Jazeera)

In a statement, his family called his detention a misunderstanding and noted Newman suffers from a heart condition and only had enough medication with him to last his 10-day trip. (Via CNN)

Because North Korea and the U.S. have no diplomatic relations, the State Department has reportedly been working through Sweden to negotiate Newman's release. (Via ABC)

Now, it's unclear why Newman was detained, though some have speculated North Korea got the wrong guy.

Turns out there's another Korean War veteran also named Merrill Newman who received a Silver Star for his time in the war and is now living in Oregon. (Via San Jose Mercury News)

But NK News has another theory suggesting Newman may have done something to upset one of his North Korean minders, pointing out small private tours like the one he was on "inherently carry increased risk for visitors, lacking the protection of accompanying Western guides."

The Independent reports Newman is said to have discussed his experience in the war with North Korean officials the day before he was detained.

​​Newman is now one of two U.S. citizens being held in North Korea. Kenneth Bae is a Korean-American missionary sentenced to 15 years of hard labor. (Via Jewish News One )

The State Department this week issued a warning to all Americans against travel to North Korea.