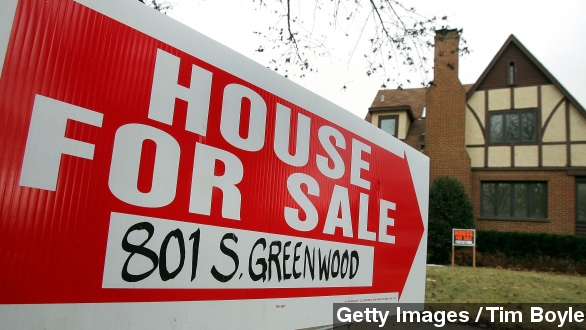 According to officials with the companies, the move is designed to make homes attainable for those with good credit and low incomes.

If you've got good credit but are low on cash, you'll soon have more options when it comes to buying a home.

That's thanks to new terms from lending giants Fannie Mae and Freddie Mac — which announced plans on Monday to back mortgages with as little as a 3 percent down payment.

According to officials with the companies, the move is designed to help those with lower income but good credit to afford homes.

Quoted by the Los Angeles Times, Fannie Mae's executive VP for single family underwriting, pricing and capital markets said, "We are confident that these loans can be good business for lenders, safe and sound for Fannie Mae and an affordable, responsible option for qualified borrowers.'

But before the new programs have even rolled out, they're coming under criticism.

"Three percent down payments for mortgages. That seems really incredible given how high lending standards have been since the housing bubble. What happened to 'Now you have to put in 25 to 30 percent'?" said a Fox Business anchor.

That seems to be the main argument — that the new, low rates could lead to another housing bubble and crash like that of 2008.

As the Chicago Tribune points out, it's a concern the chairman of the House Financial Services Committee, Texas Republican Jeb Hensarling, agrees with. (Video via YouTube / House Republicans)

According to the Tribune, he believes the change would return the housing market to the "slipshod" practices that "wrecked our economy."

After the 2008 crash, Fannie and Freddie were bailed out to the tune of $187 billion — though it has since repaid that sum. (Video via CBS)

For their part, the lending companies claim safeguards built into the loans — like education and counseling programs and requirements for private mortgage insurance — will help prevent default.

The companies will run two different programs. Fannie Mae's is set to start Dec. 13, with Freddie Mac's offering the lower down payment loans starting in March of 2015.

This video includes an image from Jeff Turner / CC BY 2.0.