Fans Have Already Decided On The Depp v. Heard Trial 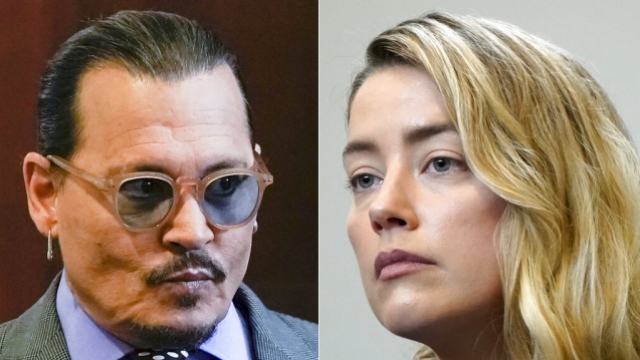 The jury hasn't had a chance to make its decision in the Johnny Depp v. Amber Heard trial, but the court of public opinion seems to have its verdict.

Outside of the legal battle between Johnny Depp and Amber Heard — where the actor is suing his ex-wife over a 2018 op-ed about domestic violence — fans and critics of the celebrities have already decided who to believe.

On TikTok, reactions to the domestic violence defamation case are garnering billions of views, with more than 16 billion for videos tagged with #JusticeForJohnnyDepp and more than 222 million for #FreeJohnnyDepp.

On the other side, #JusticeForAmberHeard has only garnered around 53 million views, while #AmberIsALiar has more than 193 million.

Critics are calling the public reactions to the defamation case "a mess of rabid fans and exploitative influencers," and while Depp and Heard are high-profile celebrities, they are also real people dealing with serious accusations against each other about domestic violence, trauma and abuse.

As the trial winds down, a jury will soon decide on whether Heard’s 2018 op-ed about being the survivor of domestic abuse was defamatory against her ex-husband. But in the court of public opinion, it seems fans have already chosen who to believe.