Not Everyone Wants 'Game Of Thrones' Creators Spearheading 'Star Wars' 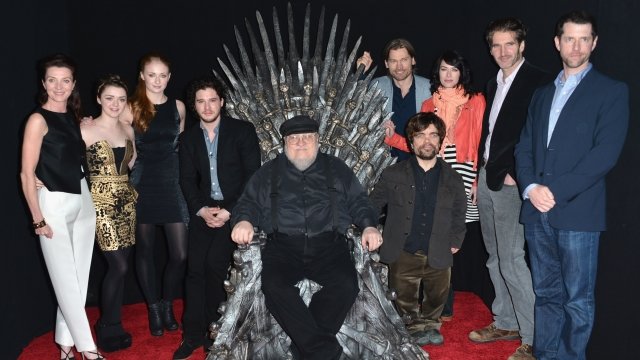 Some fans aren't sure how to feel about David Benioff and D.B. Weiss taking the creative reins on a new series of "Star Wars" films.

The creators of HBO's "Game of Thrones" will write and produce a new series of "Star Wars" films. And people are conflicted about it.

A quick Twitter search shows that fans of both series aren't sure how to feel about David Benioff and D.B. Weiss spearheading what will likely be a series of blockbusters for Lucasfilm.

There's a lot of excitement, but fans are also concerned about the lack of diversity in creative leadership on "Star Wars" feature films.

Mo Ryan, a TV critic for Variety, crunched the numbers. Ninety-six percent of the time, creative leads on "Star Wars" feature films have been white men.

Both "The Last Jedi" and "The Force Awakens" took the No. 1 Christmas weekend spots in their respective years.

By Ryan's count, out of 24 people hired to write, direct or take the creative lead on "Star Wars" feature films over the past 41 years, only one was a woman. The rest were white men.

We don't know much about the new films — like when they'll be released or who will direct them. Benioff and Weiss say they'll start working once the final season of "Game of Thrones" is done.