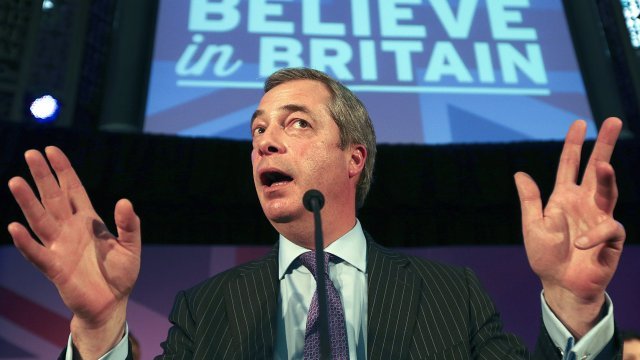 Nigel Farage said he's "reaching the point of thinking" the U.K. should vote again on whether to leave the European Union.

British politician and former U.K. Independence Party leader Nigel Farage said he's "reaching the point of thinking" the U.K. should have another vote on whether to leave the European Union.

Farage's statement has some pro-EU activists fired up about potentially turning around 2016's vote to call it quits with the EU. But Farage seems to think a second vote would wipe out opposition to the divorce and settle it once and for all.

"The percentage that would leave to vote next time would be very much bigger," Farage said.