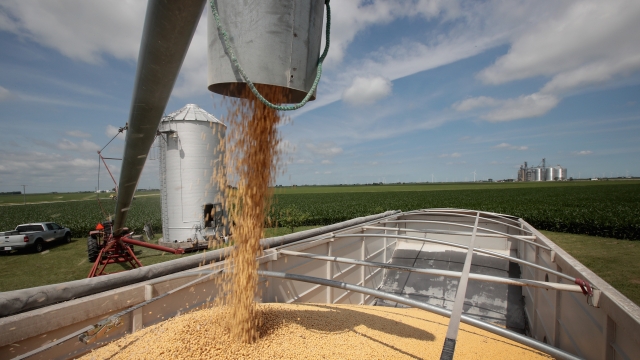 Amid China trade war, the Trump administration provided $28 billion in emergency aid over two years. But that didn't stop a surge in farm failures.

American farm bankruptcies have peaked to their highest level in eight years in the face of economic disruptions from the U.S.-China trade war.

An analysis of federal court data by the American Farm Bureau Federation found that Chapter 12 farm bankruptcies spiked by 20 percent in 2019. In all, 595 farms sought bankruptcy protection. That's the worst outcome since 2011, when bankruptcies surged by 33 percent, with 639 farms seeking relief from creditors following the Great Recession.

The report comes despite the Trump administration providing $28 billion in emergency aid for farmers and agricultural communities over the past two years to offset impacts of lost business with China. Farm exports to China plummeted by $21 billion in 2018 alone as China slashed its purchases for soybeans and other commodities.

But in a recent speech to the Farm Bureau at its convention in Austin, Texas, President Trump said good news is on the way. He touted a preliminary trade deal with China, in which Beijing is pledging to increase its U.S. agriculture purchases by as much as $32 billion more than before the trade war began.

But the Farm Bureau's chief economist says the bankruptcy data is troubling and signals that hard times may continue. John Newton said farmers still face considerable uncertainty over markets and demand for their products. He says they're netting low prices for farm commodities and that trend may not slow down any time soon.