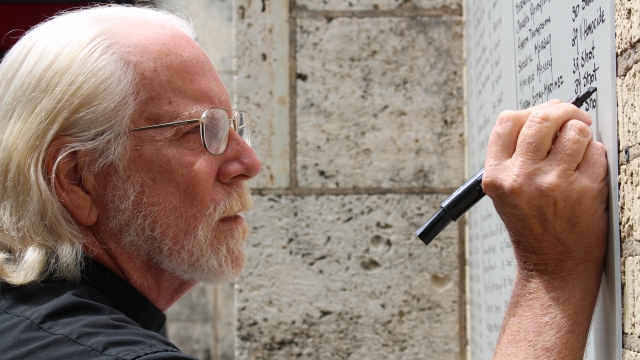 Our partners at Reveal tell his story and investigate the numbers behind gun violence in America.

Father Bill Terry marks a name on his church for each killing in New Orleans. Since 2007, he's written 1,800 names.

"It moves it out of a numbers game and into more of a moral, ethical fabric of humanity," Father Bill Terry told our partners at Reveal.

"You can't tell the bad guys from the good guys on this list," Terry said. "That doesn't mean I don't believe in justice. But I certainly believe in the value of all human life. And this board speaks to that."

You can download the full podcast on this story from Reveal here. This video includes images courtesy of Yulene Velasquez.