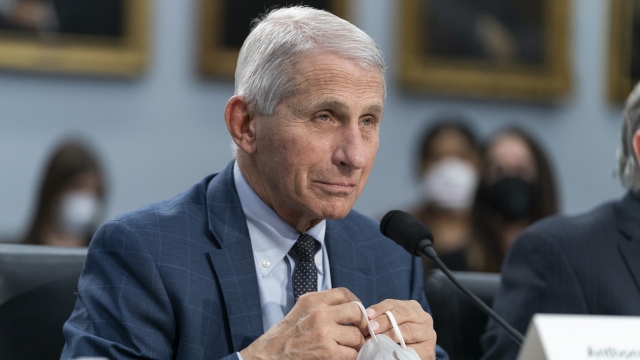 81-year-old Dr. Fauci said he plans to retire as director of the National Institute of Allergy and Infectious Diseases by January 2025.

COVID cases are trending upward again in the U.S. averaging over 100,000 new daily cases, up from under 30,000 in April, according to CDC data.

Fauci, 81, was appointed director of the National Institute of Allergy and Infectious Diseases in 1984, and has led research in HIV/AIDS, respiratory infections, Ebola, Zika and the coronavirus. He has advised seven presidents and is Biden's chief medical adviser.

In an interview with Politico, Fauci said he hoped to "leave behind an institution where I have picked the best people in the country, if not the world, who will continue my vision.”

Asked Monday on CNN when he planned to retire, Fauci said he does not have a specific retirement date in mind and hasn't started the process. He said he expects to leave government before the end of Biden’s current term, which ends in January 2025.

“By the time we get to the end of Biden’s first term, I will very likely (retire),” Fauci said. He added: “it is extremely unlikely — in fact, for sure — that I am not going to be here beyond January 2025.”

Fauci, long a prominent figure of the government's response to infectious disease, was thrust even more into the spotlight at the height of the coronavirus pandemic under then-President Donald Trump. As the pandemic response became politicized, with Trump suggesting the pandemic would “fade away,” promoting unproven treatment methods and vilifying scientists who countered him, Fauci had to get security protection when he and his family received death threats and harassment.

Fauci testified repeatedly to Congress about the virus, and he and some Republicans, including Sen. Rand Paul of Kentucky, engaged in heated exchanges over the origins of the virus.

Fauci said Monday his decision to eventually leave his role was unrelated to politics.