After Leaks, The FBI Is Changing How It Treats The Press 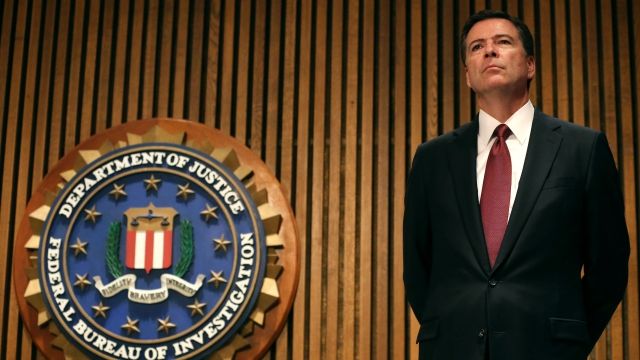 After countless leaks exposed the inner workings of the FBI, the bureau is changing its policy regarding the media.

The FBI is scaling back its interactions with the media.

The move comes after a messy few months for the intelligence community. Several leaks have exposed the inner workings of the FBI, including the agency's investigation into any ties between Russia and President Trump's campaign.

"When leaks are made illegally to the press and you all report them, the coverage focuses almost entirely on the substance of the allegation, and — that, that are part of an illegal leak not on the illegal nature of the disclosure," White House press secretary Sean Spicer said at a press briefing in March.

FBI Confirms It's Investigating Any Russian Links To Trump Campaign

FBI Director James Comey says the FBI is looking into any ties between President Trump's campaign staff and Russia, something Trump has refuted.

In February, Trump tried to turn the attention away from negative reports by focusing on leakers instead.

The bureau itself hasn't exactly made clear how its media policy will shift, but FBI Director James Comey started a transparency campaign to clarify the mission of the FBI to the public. As a result, access to top bureau officials became more common. Now, that could change.

The restrictions also come as the FBI is trying to help the CIA find someone inside its agency who leaked classified information to WikiLeaks, exposing how the CIA hacks smartphones, smart TVs and computers. That's a case that has officials debating whether to charge WikiLeaks members, according to The Washington Post.