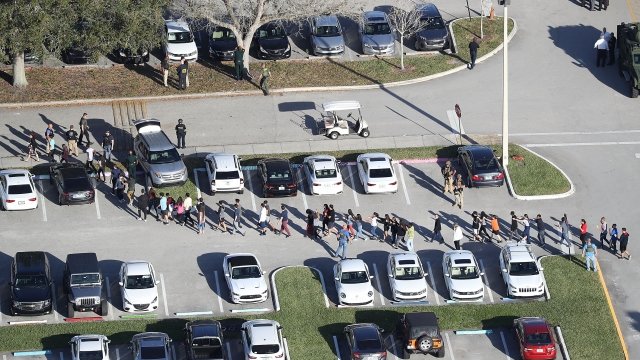 The comment was made by someone with the same name as the suspect who killed 17 people in a Florida high school shooting.

An FBI agent confirmed Thursday morning the bureau received a tip last year about a YouTube comment made by someone with the same name as the suspect who killed 17 people in a Florida high school shooting.

"The comment simply said, 'I'm going to be a professional school shooter.' No other information was included with that comment which would indicate a time, location or the true identity of the person who made the comment," FBI agent Rob Lasky said at a press conference.

The comment was posted to a video uploaded by Mississippi blogger Ben Bennight. He told CNN that FBI agents contacted him the day after he reported the comment last year and once again after Wednesday's shooting.

The suspect is scheduled to appear in court Thursday. He's been charged with 17 counts of premeditated murder.