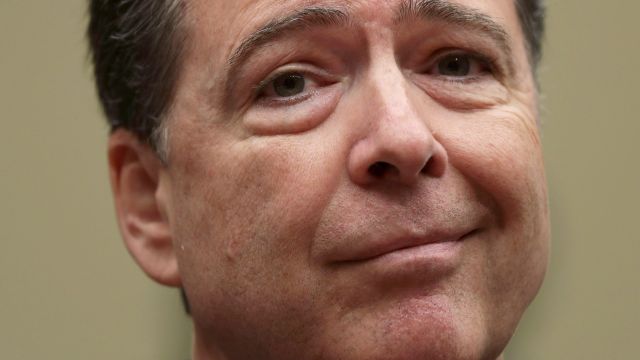 FBI Director James Comey summarized his findings on Clinton's email server in 15 minutes — then spent hours going over the details with Congress.

"Our judgment is that no reasonable prosecutor would bring such a case," he said Tuesday.

He told Congress on Thursday: "We don't want to put people in jail unless we prove they knew they were doing something they shouldn't do. ... I know from 30 years with the Department of Justice, they have grave concerns about whether it's appropriate to prosecute somebody for gross negligence."

In his initial announcement, Comey said, "Agencies have concluded that three of those were classified at the time they were sent or received."

He then told Congress, "There were a small number of portion markings on three of the documents. ... I think it's possible she didn't understand what a 'c' meant when she saw it in the body of an email like that."

"We assess it is possible that hostile actors gained access to Secretary Clinton's personal email account," Comey said at his press conference.

When asked about that by Congress, Comey said: "I don't want to give any foreign governments knowledge of what I know. ... It was not limited to criminal activity."

Comey emphasized Tuesday that "no outside influence of any kind was brought to bear" in the investigation.

And he reiterated to Congress: "I did not coordinate that with anyone. The White House, the Department of Justice — nobody had any idea what I was about to say."