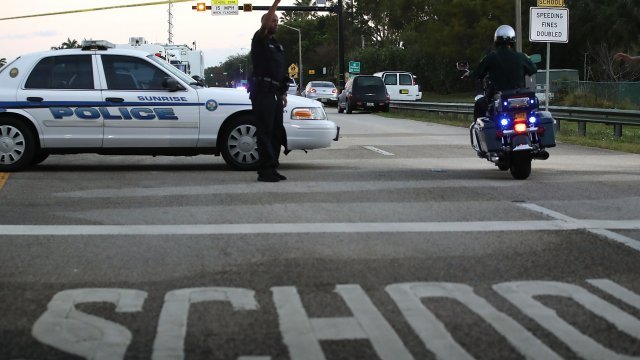 A person close to the Parkland, Florida, school shooting suspect called in a tip to the FBI in January, but the bureau didn't follow up.

The FBI said Friday it received a tip about the Florida school shooter in January but that it didn't investigate.

The FBI now admits someone close to him called in a tip to the bureau's Public Access Line on Jan. 5. But that tip was never passed along to the FBI field office in Miami, so no one investigated.

In a statement, FBI Director Christopher Wray said the department deeply regrets the error. He also said he is committed to getting to the bottom of what went wrong.