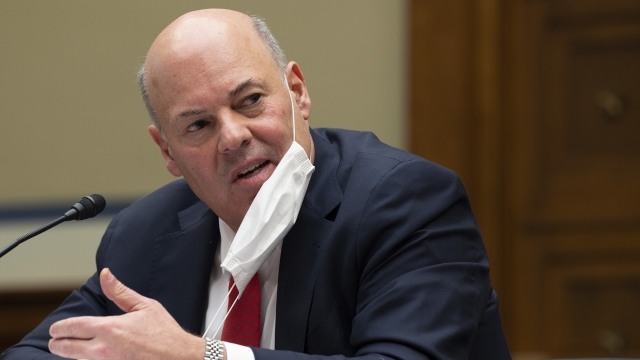 The Department of Justice is looking into fundraising activity involving his former business.

The FBI is investigating the head of the U.S. Postal Service.

A spokesperson for Postmaster General Louis DeJoy told the Associated Press the FBI is looking into campaign fundraising activity involving his former business.

DeJoy's spokesperson says he did not knowingly break any laws. He has not been charged.