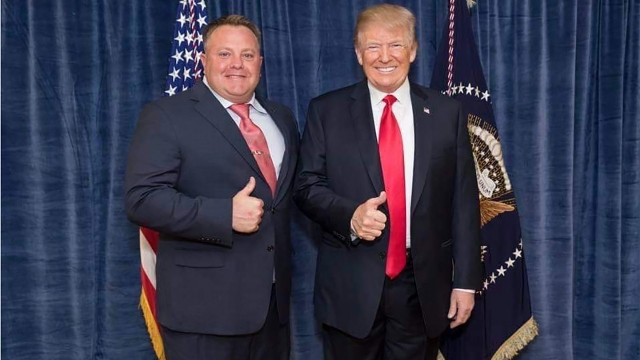 Encrypted messages from Robert Hyde implied he had former Ambassador to Ukraine Marie Yovanovich under physical surveillance in Kyiv.

Earlier this week, the House Intelligence Committee released details about documents and messages turned over by Lev Parnas ahead of the Senate's impeachment trial of President Trump. Encrypted messages from Hyde implied he had former Ambassador to Ukraine Marie Yovanovich under physical surveillance in Kyiv.

Hyde defended himself on Twitter, saying he was only "playing with" Parnas.

Ukraine officials announced they had opened an investigation into Hyde's claims on Thursday. The Ministry of Internal Affairs of Ukraine said the text messages "contain a possible violation of the law of Ukraine and the Vienna Convention on Diplomatic Relations, which protects the rights of a diplomat on the territory of the foreign country."

The chairman of the Connecticut Republican Party has called for Hyde to drop out of the congressional race because the scandal is "not helpful to other Republican candidates."