The FBI Is Investigating Uber's 'Hell' Program For Tracking Lyft 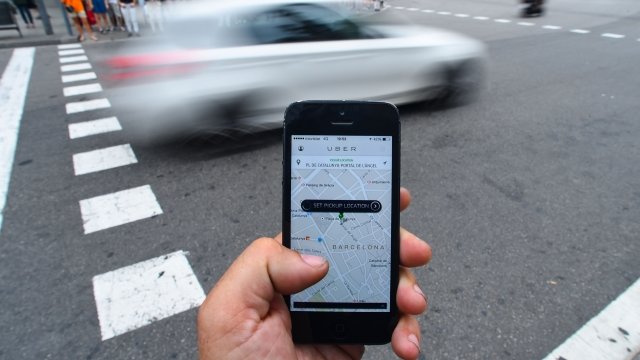 Uber is being investigated by the FBI for reportedly using fake accounts on competitor Lyft's app to track its prices and drivers.

Less than a week into his new job as Uber CEO, Dara Khosrowshahi is dealing with another issue left behind from the tenure of former CEO Travis Kalanick.

The FBI is reportedly investigating whether Uber illegally interfered with ride-sharing competitor Lyft.

The Wall Street Journal reported that an Uber program — known internally as "Hell" — made fake Lyft accounts to keep track of the company's drivers and what prices they offered for certain routes.

The key to the FBI probe is whether getting info through a fake account can be considered unauthorized access of a computer, which is a federal crime.

Uber Won't Track You Anymore When You're Not Using The App

Uber is rolling back a feature that let the app track users for up to five minutes after a trip ended.

Uber was recently sued by a Lyft driver who claimed the "Hell" program violated his privacy. The suit was dismissed, though the judge in the case let the plaintiff amend his case and refile it.

"Hell" was reportedly halted in 2016. Uber says it's cooperating with the FBI's investigation.

This is the latest in a series of legal investigations into Uber's practices and allegations about its workplace culture.

California is investigating if Uber used a software tool called "greyball" to avoid the authorities in places where it was banned. The Department of Justice is reportedly investigating whether some Uber managers broke foreign bribery laws.

Under Kalanick, Uber also faced allegations of systemic mishandling of sexual harassment reports and a lawsuit from Google, which accused it of stealing self-driving car technology.