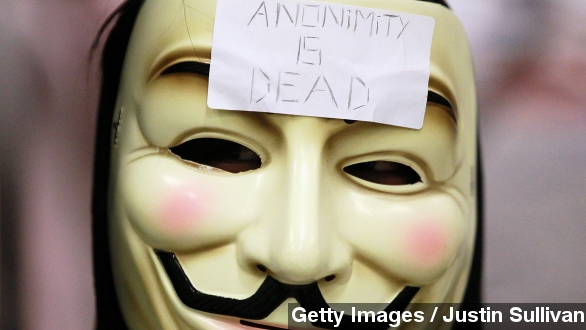 The hacking group Anonymous claims it shut down the city's website in response to the death of a boy who police gunned down while he wielded a BB gun.

The FBI has reportedly launched an investigation after a hacking group claimed responsibility for shutting down the city of Cleveland's website Monday.

You've probably heard of the group Anonymous before. The hackers says they attacked the city's website in response to the death of Tamir Rice, the 12-year-old boy who was shot and killed by police while wielding what turned out to be a BB gun.

In a YouTube video, the group berated how police handed the incident, saying cops should've a used a taser on the boy instead of opening fire. The video also seemingly threatened to go after police websites nationwide if similar incidents arise.

"Police of the United States, you will learn in due time once Anonymous has shut down your sites that we will not stand for your ignorant, untrained rookie cops," said a speaker for Anonymous in a YouTube post.

Cleveland.com reports local officials say the website went down early Monday morning and will remain that way until the FBI "completes an assessment."

As for the incident that apparently sparked the hack, police say they ordered Tamir Rice to put his hands up, but he allegedly refused and reached to pull out the gun, so they opened fire. The 12-year-old died at a Cleveland hospital Sunday.

Anonymous has also been busy lately with other disputes involving the Ferguson Police Department and even the Ku Klux Klan.

"All of you guys changed your profile pictures to 'I am Darren Wilson.' Was that meant to be a threat?" said Alex Poucher.

An Anonymous member recently sat down with the leader of the white supremacist group, each wondering how the other group would respond to events in Ferguson.

Demonstrators wearing similar white-and-black Guy Fawkes masks as the earlier YouTube video also took to the streets in Ferguson after a grand jury decided Monday night not to indict Officer Darren Wilson for the shooting death of unarmed teenager Michael Brown. It's not clear if or how the group will respond to that decision.