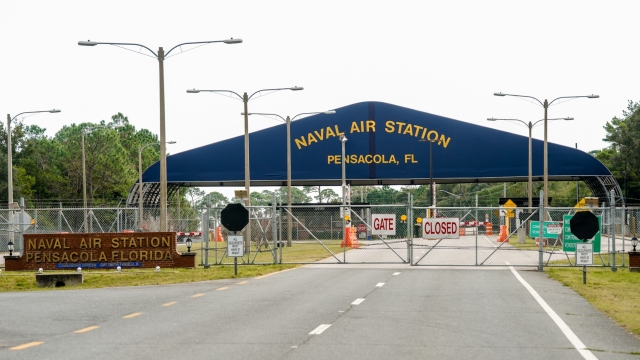 The attack in December at the Naval base in Pensacola, Florida killed three people.

The FBI has asked Apple for help breaking into the Florida air base shooting suspect's cell phones.

NBC reports that FBI General Counsel Dana Boente sent a letter to Apple Monday asking for the help in unlocking two of the suspect's phones. The FBI says it's been granted permission by a court to search the phones but has struggled to crack the passwords. One of the phone was reportedly shot by the suspect, making it more difficult to get into.

In the letter, the FBI said it has tried to break into the phones using help from other federal agencies and other international sources.

Apple says its been working with law enforcement adding, "When the FBI requested information from us relating to this case a month ago, we gave them all of the data in our possession and we will continue to support them with the data we have available.”

The suspected shooter, who was killed by police, was a Saudi Arabian military member training at the Naval  base in Pensacola, Florida when he opened fire in December. Three sailors were killed in the attack and eight others were injured. Authorities have been investigating the shooting as an act of terrorism.