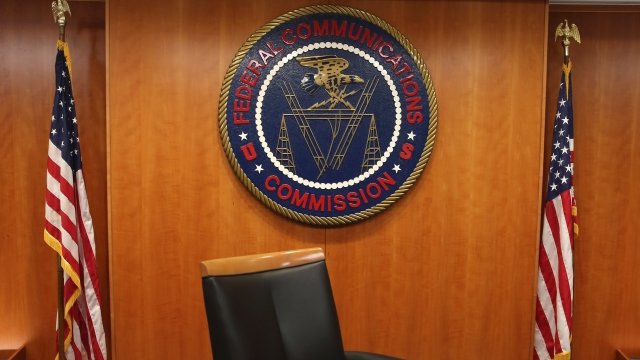 The FCC voted Wednesday to seek comment on what's known as the "Dual Network" rule, which prevents ABC, NBC, CBS and Fox from merging.

The FCC is mulling a rule change that could end a ban on mergers for the nation's biggest broadcast networks.

The agency voted Wednesday to start a review on U.S. media ownership regulations. It's seeking comments on whether it still makes sense to keep the Dual Network rule, which prevents NBC, ABC, CBS and Fox from merging.

A version of that rule has been around since the 1940s. It was initially created to promote competition and localism.

The FCC reconsiders it every four years, and in 2014 it concluded the Dual Network rule was still necessary.

But as the media landscape continues to evolve, FCC Chairman Ajit Pai said the commission is "keeping an open mind" this time around.

The agency's only Democratic commissioner said in a statement that while the move is exciting, allowing mergers could present some challenges. She pointed out that too much consolidation could have a negative impact on diversity.

There will be a 60-day public comment period after the proposed rule is published in the Federal Register.