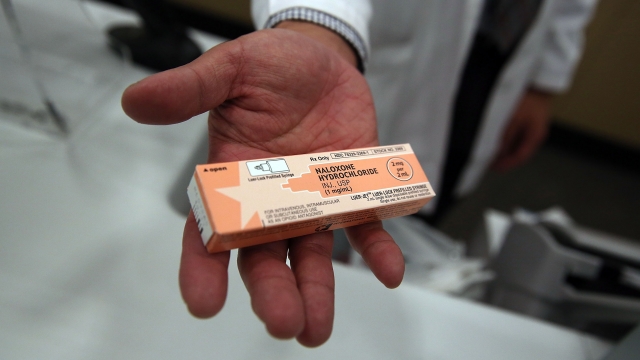 The FDA is taking steps to ensure broader access for the opioid overdose reversal drug naloxone.

FDA Commissioner Scott Gottlieb said Thursday that the agency will streamline drug labeling in hopes of encouraging more pharmaceutical companies to develop an over-the-counter version of it.

OTC drug products need certain consumer-friendly drug labels that clearly explain how to use a drug. But some drugmakers have said the process of creating those labels is tedious, which is why the FDA went ahead and made one for this specific use.

According to Gottlieb, it's the first time the agency has done so.

The move is part of a wide-ranging federal effort to curb the number of opioid overdose deaths. Recent CDC data estimates more than 63,000 drug overdose deaths in the U.S. in 2016.

Naloxone can quickly revive an opioid overdose patient with slowed or stopped breathing. It's commonly-used by first responders and in hospitals, and is available in some pharmacies.

And in 2018, the U.S. surgeon general issued a rare advisory, calling for more Americans to carry the opioid antidote.